Since the release of the Lauf Grit fork I was pretty skeptical about it. It looked a bit goofy, it couldn’t be adjusted and I just wasn’t sure how it would feel climbing while out of the saddle.  However, it has been gaining more attention in the media so I decided to give it a try on my gravel bike, the Necessary Evil.

I had some time on the Necessary Evil with a carbon fiber rigid fork for a few months, which served as a good comparison between the forks, trails and road riding with the Lauf.  Right out of the box,  I was very pleased with how light it felt along with Lauf’s attention to detail on this fork along with packaging as well.

Setting the fork up was pretty straight forward. Lauf supplied a crown race, the carbon compression cap, zip ties and a stem cap. Once the steer was cut and installed back on the bike, it was time to set up the brakes. The Grit uses a Flat Mount Disc brake, so you’ll need the fork adapter for this. I used the TRP fork adaptor along with the TRP Spyre Brakes. These adapters are made to be run with 140mm or 160mm disc rotors. When setting up the Lauf, you’ll need to put on the fork adapter for 140mm, but with how the fork is designed, you’ll need to run a 160mm rotor, which is most common on road and gravel bikes alike. Attach the brake, run your cables and do the final adjustments. Another great feature on the Grit fork is the availability of either a 15×100 thru axle or 12×100 thru axle depending on what wheels you’re running. A few of us over here debate which axle configuration is better, while most say 15×100 I go with the 12×100 for the gravel/road stuff. 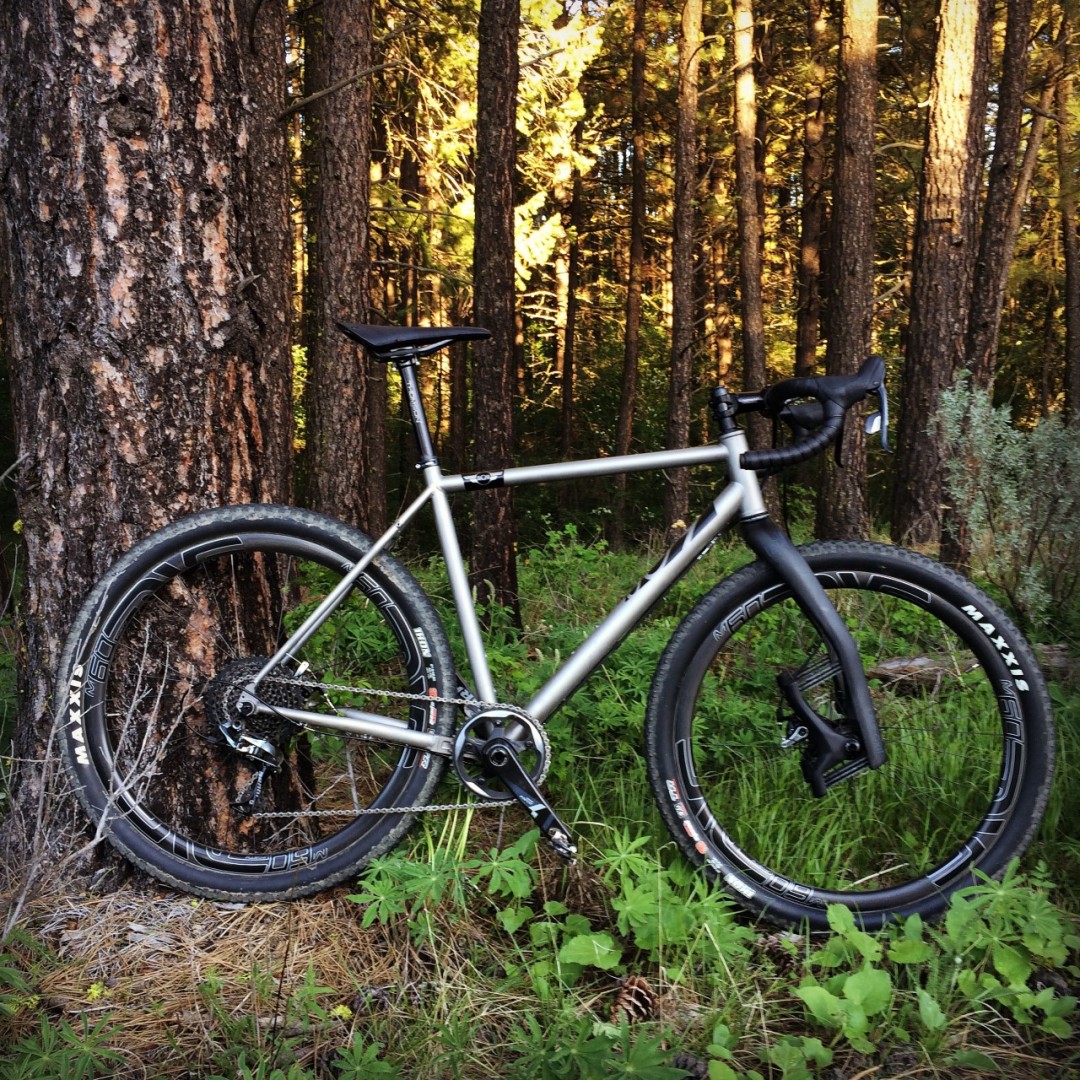 First ride! Most of my rides start with a downhill for me since we live at pretty high altitude. On the road going down the fork handled great cornering at high speeds and didn’t feel any flex from the fork. Turning off the road and onto the gravel is where this fork shined right away. The Grit fork immediately took out the hand chatter on the hard chunky gravel. I was able to ride the gravel roads much faster and easier with less wear on the body. I noticed this more as well when getting out and doing longer days in the saddle. Now it was time to test out my main concern, CLIMBING. I do a lot of climbing out in Washington so I didn’t want a fork that would feel like it was sucking all the pedal power or would feel to bouncy. Thankfully, once I got out of the saddle and started to crank on the bike and fork to get the feel of the extremes, there was very little movement in the fork. It felt stiff but also had a slight give to it making it flow with the body movement while pedaling and getting across the rocky terrain. After the first ride I knew the Grit fork was staying on–I was hooked.

Now that I have had quite a few rides with the Grit fork, it has been on some local single track, where I got some Strava PR’s with the gravel set up! Some road riding, but mostly exploring the back country on fire and gravel roads. Descending on those roads now is way more enjoyable and makes a great duo with the 27.5×2.2″ tires I’m running. There is very little lateral movement in my opinion on the Grit, which was some of cons on some of the reviews I read. I only had one con on this fork, that it wasn’t able to fit on my Kuat Trio roof rack. But that has nothing to do with the performance, just means that Kuat should come out with a new adaptor for the Trio to accommodate the Lauf suspension forks.  I weigh 165 lbs and fiberglass springs feels like a great tension, not to soft or to hard. And this fork is about half the weight of some other gravel suspension models and is maintenance free! The Grit Fork retails at $690 and comes with a full 5 year warranty!